END_OF_DOCUMENT_TOKEN_TO_BE_REPLACED

Some day, by the year 2030, when the U.S. Congress is in joint session for the State of the Union address, the president will be announced and in she will walk. Her name will be Britney Spears.

Some people do, and the gambling houses of Britain are only too glad to take the money of anybody willing to plunk down a British pound or two on a President Britney — or just about anything else they can think to bet on.

If someone wants to wager that his or her grandmother will live to 100, it’s not hard to find a bookmaker who will give odds. Someone thinks Elvis will shake up Wimbledon and make an appearance at the tennis finals? There’s a gambling house to take the bet. Some people put up money on how many sips of water the chancellor will take while addressing the House of Commons.

“Novelty betting,” as it has become known, is on the increase in Britain. Sometimes, the bookmakers will come up with the offbeat bets; other times it’s the gamblers who come up with some event — or nonevent — and approach the gambling houses for odds.

“If I lived in a vault and based what was going on outside solely on the bets we get, I’d think I live in a very strange country,” said Warren Lush, the chief oddsmaker at Ladbrokes Limited., which has about 2,000 betting houses in Britain. “I’d also know a lot of what’s going on, both in terms of trends and specific events, even before the newspapers.”

The novelty betting is a reflection of British society, and the picture is not always encouraging.

European awards for artworks and literature are popular sources of novelty bets but Britons are increasingly eager to bet on what they know best: reality TV shows such as the British versions of “American Idol” and “Big Brother.”

For years, people have bet on English football — soccer — and for longer than that on horses and dogs, where wagers can be placed in any of about 8,000 betting houses, such as Ladbrokes, scattered around the country.

The willingness of bookmakers to accept novelty bets roughly coincides with the boom in Internet gambling and other opportunities to lose money.

A gambling channel called Avago, part of the Sky satellite service, offers a number of games people can play on their television via their remote control. Included: Gerbil Roulette, in which the rodents are spun on a wheel while betters put money on which number house they’ll stagger into.

Nobody seems certain, though, precisely when novelty betting began, though Rupert Adams of the gambling house William Hill, said he’d wager it began when a man named David Threlfall walked into one of the company’s shops in 1961, wanting to bet on man walking on the moon before 1970.

(For some idea of how loud the laughter may have been, consider: The odds of Britney Spears capturing the White House — she’s pretty sure she’s a Republican, by the way — were put at 500-1, far better than the odds of man on the moon.)

Such wagering still makes up only a small fraction of the profits for the gambling houses, but the proportion has been increasing. Gambling houses say they don’t have public statistics on how much money is bet on novelty bets, but “Pop Idol,” the British version of “American Idol,” has been a hit with gamblers (or “punters”) wanting to put down a bet (or a “flutter”) on who might be voted off and who might win.

“I’d say that, easily, the market has doubled since reality television became so big,” Lush said. “I’m not sure what that says about British society, but I’m sure it says something — and probably something unfavorable.”

The bookmakers nearly took a bath in red ink on last month’s “Celebrity Big Brother” when viewers bet in big numbers on Kenzie, a one-named kid rapper, to win the day.

Unluckily for the bettors, Bez, a one-named self-confessed drug abuser who used to dance with the band “Happy Mondays,” was the winner; Kenzie was runner-up.

“The punters are a mixed bag,” said Adams of William Hill. “Some want to go for the outrageous odds and win a lot for a little. Others will go for the favorites and try to win a little with a lot.”

Perhaps the most popular novelty qiu qiu online bet has become popular enough that it’s really not much of a novelty any longer: living to 100.

People bet mostly on their grandmothers making it to the century mark, but others bet on themselves, hoping for a nice payoff should they get there. The bad news is the payoff isn’t what it used to be; the good news is more people are reaching that age. 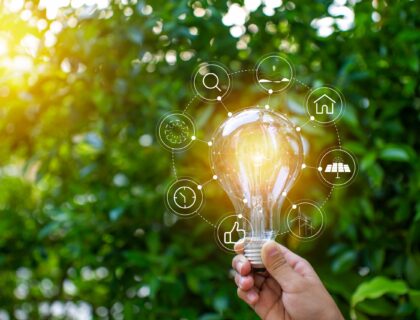 How to Play Roulette