END_OF_DOCUMENT_TOKEN_TO_BE_REPLACED

So after around 15 months since I started playing limit, the game finally got to me over the past 8 weeks or so.

I just hit a brick wall. I played tight. I played aggressive. I played every which way I could to try and break things but the judi online gods still had it in for me. I wasn’t just losing, I was losing big. Bonus and rebates stemmed the haemorrages, but my blood pressure was taking a beating even if my bankroll was just about holding its own.

I got to the point when something had to give. So I went and played some NL on the lowest tables available. Guess what – I won! So I played some more. And I still won.

In a moment of madness, I went back to limit to try and clear some bonus at Absolute, and Noble. I got caned. Unbelieveable bad beats followed by artic runs of cards.

Despite bashing my head against a wall for the best part of two months, I’m still stubborn enough to believe I’m not stupid. No, I learn from my mistakes…eventually. This time I bailed out of limit and straight back to NL.

So far in April I’m up between $600 and $700. There’s alot of bonus and rake rebate in there, so it kind of looks like I’ve only made a couple of hundred bucks playing NL, but actually I lost so much in my limit games that I’ve made around $600 playing profit on NL. Bearing in mind thats mainly at Empire $25 buy ins, or at most 50c/$1 tables elsewhere, thats a pretty good return. I’ve not had so much time to play this month, so my win rate in BB per hour is monstrous. 🙂

All in all, its a nice game when you are winning. When you are losing it can be downright miserable. Next time I hit a cold streak at a game or a level (which I’m sure I will), I hope I won’t take so long to change things. This is not a game you can play when you think you are “owed” cards, or that the world is against you!!!

March didn’t get off to the best start. I lost around $750 in my first two sessions. Since then it has been a long grind trying to get back.

The cards have been really cold for me and I’ve struggled to post a single decent winning session. I’ve won a few bucks here and there, but most of the recovery has been bonus based rather than playing profit.

Its amazing how a lack of confidence can affect you game. All of a sudden leaks creep in, one at a time, and then you find yourself dropping out of pots that you have perfectly good odds for, because you don’t want to take another loss to your stack when you miss. I’ve spent the last 2 weeks really analysing my play and closing off a number of leaks, but there was nothing there that would justify the extent of my difficulties this month. At $5/$10 maybe, but not at $1/$2 and $2/$4.

I did have one amusing experience. After being sucked out on 3 times in 5 hands I typed some comment in the chat box. It was a general comment, not aimed at any one player. Anyway, some bright spark replied that I was losing because I was playing too many hands! You have to laugh. Anyone who knows me, will know how stupid that comment was. If I went to three rivers and lost, you know I had trips or better on each occasion. But at the moment those hands just aren’t good enough.

The high point of the month was definitely winning the inter-forum challenge between www.poker-strategy.org and www.wannatalkpoker.com . It restored a little faith that I am actually quite good at this game and recent events are more to do with poor cards than poor play.

So, with a week to go of the month, I’ve now moved slightly into the black and I’m hoping that I’m due a few cards. I’m not going to make my $1k target this month, but even a couple of hundred would feel like a major achievement.

Good luck to all. And if by any chance Longline reads this – congrats on the bad beat bonus! 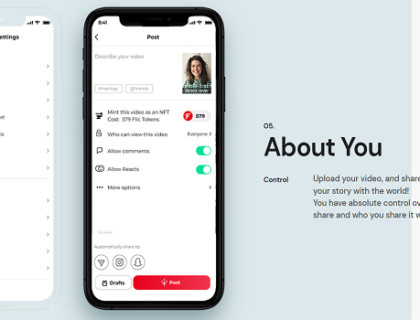